FAIRFAX, Va. - The National Rifle Association is proud to announce that it will be the Presenting Sponsor of the 2019 Single Action Shooting Society (SASS) END of TRAIL World Championship of Cowboy Action Shooting scheduled for June 13-23, 2019, in Edgewood, N.M. President of the NRA Lt. Col. Oliver L. North, USMC (Ret.), will provide the keynote address at the Opening Ceremony on Wednesday, June 19, at 5:30 p.m.

"The NRA is committed to assisting and encouraging the very best in shooting sports," said Executive Director of NRA General Operations Joe DeBergalis (Allegiance, SASS Patriot Patron #62,617). "The Single Action Shooting Society exemplifies what it means to involve the entire family in a safe and fun event at the range. We are proud to once again sponsor its World Championship this year and look forward to further developing the partnership between NRA and Cowboy Action Shooters." 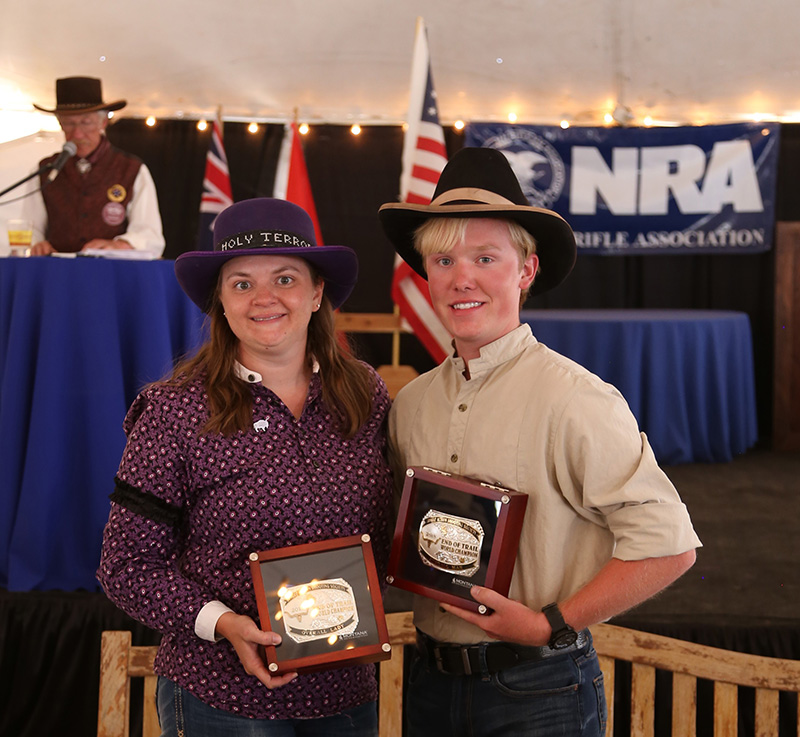 Started in 1982, the END of TRAIL is now known as one of the premier events dedicated to the Old West. Held over 10 days each June, the event brings world-class competitors, exhibitors and entertainment for the entire family to SASS's premier shooting facility, Founders Ranch. The 480-acre shooting complex designed to welcome thousands of participants is located just 20 minutes east of Albuquerque and can accommodate up to 650 Recreational vehicles. The facility boasts 18 world-class shooting bays plus competition and exhibition arenas, an old west town and chapel, exhibition bays and a 50-acre shotgun sports course. 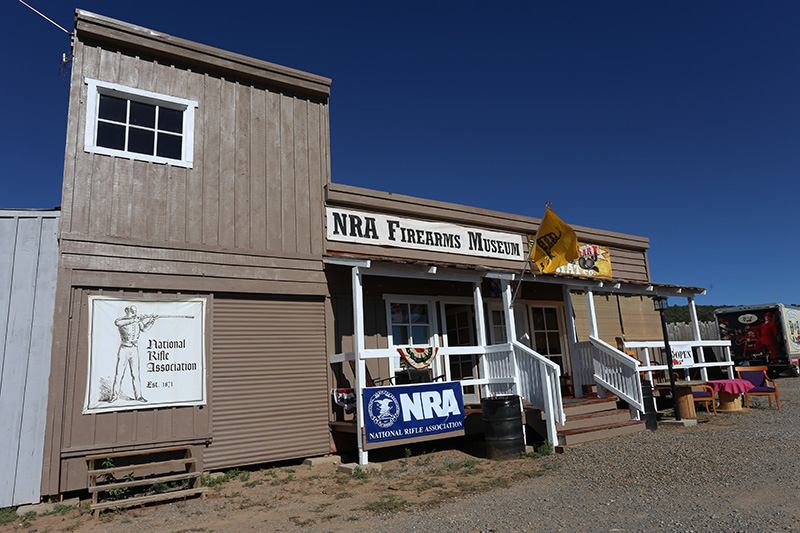 The NRA Firearms Museum along Main Street at Founder's Ranch is visited by thousands during the event. Past highlights have included firearms owned and used by Jesse James as well as Josey Wales. From fact to fiction, the best of the west has been on exhibit at the on-site pop-up museum. Photos by NRA Staff.

Marking its seventh year at END of TRAIL, NRA Museums staff will once again bring out a number of classic and memorable firearms for a pop-up NRA Firearms Museum experience on site. The exhibit will be open to the general public in one of the permanent buildings located on the historic Old West street that runs through the center of Founders Ranch. Competitors and spectators alike can stop by any day at END of TRAIL from 9:00 a.m. to 5:00 p.m. and visit with NRA Museums staff to learn about the firearms on display and renew or extend NRA membership.

For more information about the 2019 END of TRAIL, visit sassnet.com/EoT/.